There once was a little boy who had a bad temper. His father gave him a bag of nails and told him that every time he lost his temper, he must hammer a nail into the back of the fence. 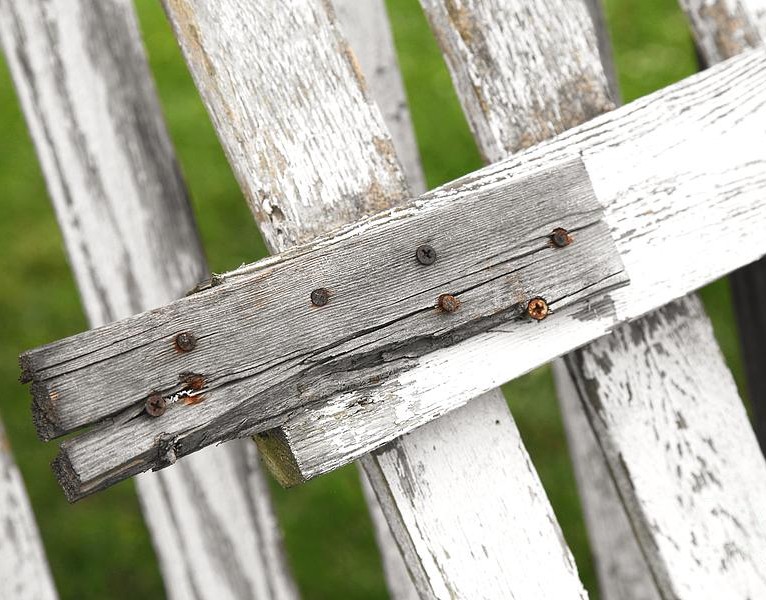 Finally, the day came when the boy didn’t lose his temper at all. He told his father about it and the father suggested that the boy now pull out one nail for each day that he was able to hold his temper!

The days passed and the young boy was finally able to tell his father that all the nails were gone. The father took his son by the hand and led him to the fence He said, “You have done well, my son, but look at the holes in the fence. The fence will never be the same. When you say things in anger, they leave a scar just like this one. You can put a knife in a man and draw it out. It won’t matter how many times you say “I’m sorry”, the wound is still there. A verbal wound is as bad as a physical one.

Imam Ahmed, may Allah be pleased with him, once was traveling and needed to stay somewhere overnight. When he went to the masjid, the guard (not recognizing Imam Ahmed) denied him entrance.

Imam Ahmed tried numerous times, but the guard did not accept his requests. Frustrated, Imam Ahmed resolved to spend the night in the masjid yard. The guard became furious and dragged him away, despite the old age and frailty of Imam Ahmed. 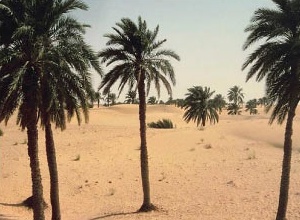 A baker, whose shop was nearby, watched this scene and took pity on Imam Ahmed. He invited the Imam to stay with him for the night. The baker did not know it was imam ahmed ibn hanbal.

While there, Imam Ahmed noticed that the baker continually made istighfar (asking for Allah’s forgiveness) while working, and in the morning, the Imam eagerly asked his host about the latter’s continual seeking of forgiveness. The baker said it had become like second nature, and Imam Ahmed then asked whether the man had experienced any reward from this practice(Making lots of istighfaar).

The baker answered, By Allah! No duaa (supplication to God) I made except that it was answered but one.(All his duaas were answered except one dua!)

And what is that duaa? asked Imam Ahmed.

To be able to see the famed Imam Ahmed ibn Hanbal!

He then went on to add:

By Allah! I was dragged to your place so that you can have your dua come true, because imam ahmed was literaly being dragged away from the masjid towards the baker.

A frail old man went to live with his son, daughter-in-law, and four-year grandson. The old man’s hands trembled, his eyesight was blurred, and his step faltered. The family ate together at the table. But the elderly grandfather’s shaky hands and failing sight made eating difficult. Peas rolled off his spoon onto the floor. When he grasped the glass, milk spilled on the tablecloth. 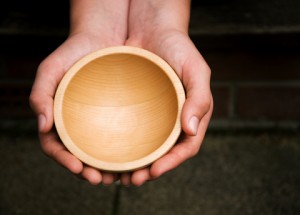 The son and daughter-in-law became irritated with the mess. “We must do something about Grandfather,” said the son. “I’ve had enough of his spilled milk, noisy eating, and food on the floor”. So the husband and wife set a small table in the corner. There, Grandfather ate alone while the rest of the family enjoyed their dinners together.

Since Grandfather had broken a dish or two, his food was served in a wooden bowl. When the family glanced in Grandfather’s direction, sometimes he had a tear in his eye as he sat alone. Still, the only words the couple had for him were sharp admonitions when he dropped a fork or spilled food. END_OF_DOCUMENT_TOKEN_TO_BE_REPLACED

Once there was a little girl who lived in a small, very simple, house on a hill. She would play in the small garden and as she grew, she was able to see over the garden fence and across the valley to a wonderful house high on the hill – and this house had golden windows, so golden and shining that the little girl would dream of how wonderful it would be to grow up and live in a house with golden windows instead of an ordinary house like 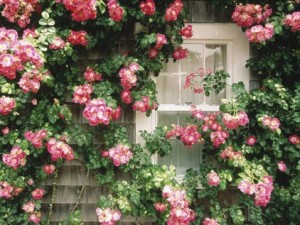 And although she loved her parents and her family, she yearned to live in such a golden house and dreamed all day about how magnificent and exciting it must feel to live there.

When she got to a little older and was allowed to go outside her garden fence, she asked her mother if she could go for a bike ride outside the gate and down the lane. After pleading with her, her mother finally allowed her to go, insisting that she kept close to the house and didn’t wander too far. The day was beautiful and the little girl knew exactly where she was heading! Down the lane and across the valley, she rode her bike until she got to the gate of the golden house across on the other hill.

As she dismounted her bike and lent it against the gate post, she focused on the path that lead to the house and then on the house itself. But when she got there she was so disappointed as she realised all the windows were plain and rather dirty, reflecting nothing other than the sad neglect of the house that stood derelict.

Feeling very sad, she didn’t go any further and turned back, heart broken, as she remounted her bike. As she made her way back, she glanced up and saw a sight to amaze her. There across the way on her side of the valley was a little house and its windows glistened golden as the sun shone on her little home.

She realised that she had already been living in her golden house and all the love and care she found there was what made her home the ‘golden house’. Everything she dreamed was right there in front of her nose!

Abu Hanifa, an Islamic scholar, was asked by the ruler to meet with the Muslims and an atheist so Abu Hanifa could debate with the atheist. They set a time for them to all gather and meet up. It was sunset at the time and one hour had passed, but Abu Hanifah still hadn’t arrived. Another hour had passed, but still there was no sign of him. The Muslims started to become tense and worried about his late arrival. They did not want the atheist to think that they were too scared to debate him, yet they did not want to take up the challenge themselves as Abu Hanifah was a better than debater than themselves. Another hour passed, and suddenly the atheist started laughing and said, “Your best debater is too scared! He knows he’s wrong, he is too frightened to come and debate with me. I guarantee he will not turn up today.”

Many hours passed until Abu Hanifa finally came. Everyone questioned him about his being late and what happened. So he started explaining how there was river that he had to cross….and he was waiting for a boat to come and bring him on the other side of the river. While he was waiting, the branches and leaves of the tree fell and slowly formed themselves into a boat. And he 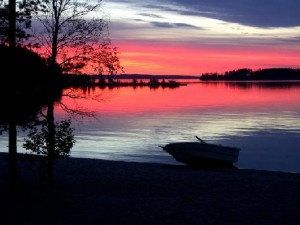 jumped in that boat crossed the river.

The atheist laughed bust out laughing and remarked, “Oh Abu Hanifah, I heard that you were the best debater from amongst the Muslims, I heard that you were the wisest, the most knowledgeable from amongst your people. From seeing you today, I can say that you show none of these qualities. You speak of a boat appearing from nowhere, without someone having built it. Nails positioning themselves without someone having banged them, sealant being poured without someone having poured it, and the boat taking you to your destination without a navigator against the tide. You are taking childish, you are talking ridiculous, I swear I do not believe a word of it!”

Abu Hanifah turned to the atheist and replied, “You don’t believe a word of it?”

The atheist remarked defiantly, “Yes I don’t believe a word of it!”

An emperor in the Far East was growing old and knew it was time to choose his successor. He called all the young people in the kingdom together one day. He said, “It is time for me to step down and choose the next emperor. I have decided to choose one of you.”

The emperor continued. “I am going to give each one of you a seed today. One very special seed. I want you to plant the seed, water it and come back here one year from today with what you have grown from this one seed. I will then judge the plants that you bring, and the one I choose will be the ne 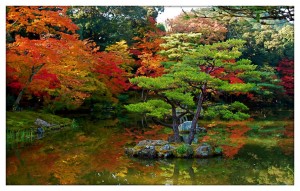 One boy named Ling was there that day and he, like the others, received a seed. He went home and excitedly told his mother the story. She helped him get a pot and planting soil, and he planted the seed and watered it carefully. Every day he would water it and watch to see if it had grown. After about three weeks, some of the other youths began to talk about their seeds and the plants that were beginning to grow.

Ling kept checking his seed, but nothing ever grew. Three weeks, 4 weeks, 5 weeks went by. Still nothing. By now, others were talking about their plants but Ling didn’t have a plant, and he felt like a failure. Six months went by–still nothing in Ling’s pot. He just knew he had killed his seed. END_OF_DOCUMENT_TOKEN_TO_BE_REPLACED

A professor of language and grammar undertook a journey. A river had to be crossed. As was the custom in those days, the professor hired the boat of a waiting ferryman who took people across the river.

During the journey, the professor asked the ferryman, with obvious pride and mockery, if he knew anything about grammar and the rules of language.

The ferryman simply replied, “I don’t.” 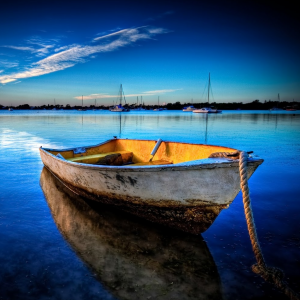 “Alas!” retorted the rude professor of grammar, “You have wasted half of your life.”

At this, the sailor was terribly hurt and aggrieved. But he kept quiet. Suddenly the boat was extremely nervous in the high waves and gushing water. “Do you know how to swim, learned Sir?” asked the sailor.

“No!” said the professor.

The ferryman remarked, “Alas! You have wasted your whole life for the boat is sure to capsize in a few minutes.”